You are browsing the site archives for January 2020.

Safiya Umoja Noble, known for her best-selling book, Algorithms of Oppression: How Search Engines Reinforce Racism, as well as her scholarship in Information Studies and African American studies at UCLA, visited Pitt the week of January 24. She spoke with participants in the Sawyer Seminar, gave a public talk and spoke with me in an interview for the Info Ecosystems Podcast. In Algorithms of Oppression, Dr. Noble described her experiences searching for terms related to race, women, and girls, such as “black girls” and encountering pornographic or racist content. These initial searches led her to years of study in information science, using the first page of Google search results as data. Coming from an advertising background before obtaining her Ph.D. in Library and Information Sciences, Dr. Noble was uniquely situated in the early 2010s to recognize Google for the advertising company it really is, while working in a field where many scholars around her viewed it as a source with exciting potential. Noble’s book examines what is present and absent in that first page of search results, and what those results say about the underlying mechanisms of organizing information and corporate decisions that enable those searches to occur. To open her public talk, Dr. Noble discussed several events that have occurred since her book was published in 2018. They notably included the exposure of Facebook’s privacy violations from 2017–2018 and the use of facial recognition technology by law enforcement and in public housing, despite research from Dr. Joy Buolamwini indicating that facial recognition and analysis algorithms are inaccurate and can be discriminatory when applied to people of color. Over END_OF_DOCUMENT_TOKEN_TO_BE_REPLACED

Happy Black History Month! (originally published February 2020) by S.E. Hackney On Thursday, January 23rd, Dr. Safiya Noble spoke to an overflowing room of students, faculty, and community members about her best-selling book Algorithms of Oppression. The thesis of the book, and of Dr. Noble’s talk, is that not only racism is actually built in to the search algorithms which we use to navigate the internet, but that the big players of the internet (Google specifically) actually profit off of that racism by tokenizing the identities of people of color. It does this by associating identity phrases such as “black girls” or “phillipina” with the sites with the most streamlined (aka profitable) SEO, which is often pornography. This is a system of classification explicitly based on the centering of the white experience and and othering of Black people and other people of color. However, as Dr. Noble spoke about in her talk, tweaking a search result or two to avoid offense doesn’t actually solve a systemic problem — one where white voices are treated as the norm, and others eventually become reduced to SEO tags to be bought and sold. This idea played out recently in Barnes & Noble’s miss guided Black History Month project, where public domain books where the race of the protagonist is not specified (determined by algorithm) have new cover art created for them, depicting the characters as People of Color. Rod Faulkner, who first brought this issue to widespread attention describes it as “literary blackface,” and points out, “Slapping illustrations of Black versions END_OF_DOCUMENT_TOKEN_TO_BE_REPLACED 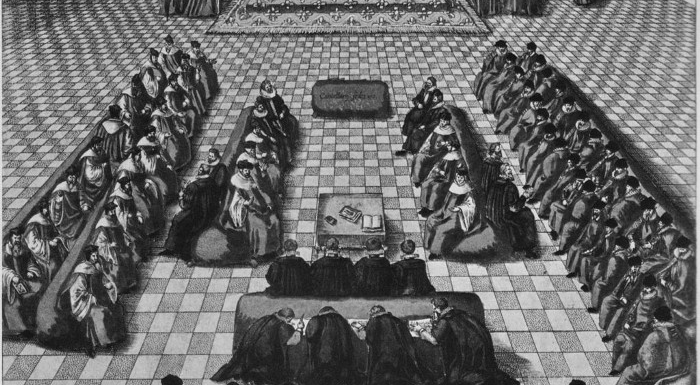 “The world is on fire,” is, by now, a familiar phrase. It is often used when we feel overwhelmed about escalations in geopolitics or in response to the catastrophic effects of climate change. Humanists are human, including the “digital humanists”, and the weight of crises is a reminder to making our scholarly work “count”. In Jo Guldi’s recent visit to the Sawyer Seminar, this desire to do meaningful work was a consistent topic of conversation. We have touched upon questions of making archives public in other visits, such as that of Richard Marciano in the Fall. During this most recent visit however, we spent more time discussing what it means to “democratize” information. For example, how making records “public” relates to the goal of making information more “democratic.” Personal and Professional One argument against treating publically available records as a solution to the problem of democratizing information is the fact that even available information is not guaranteed to reach the “public” or be legible to most. Fortunately, contextualizing and creating a narrative from dispersed evidence across a variety of records is a skill with which humanists are well prepared. What role does activism play in the articulation research stakes within scholarly endeavors? While scholars may also identify as activists, there is a tension between the role of an activist and that of the researcher — concerns about how enthusiasm might affect the quality of one’s work. Scholarly rigor and passion can seem at odds, particularly valuing dispassionate rationality over emotionally grounded arguments. Nevertheless, extended scholarly engagement END_OF_DOCUMENT_TOKEN_TO_BE_REPLACED

Jo Guldi’s first book, Roads to Power: Britain Invents the Infrastructure State, argues that Britain became an “infrastructure state” during the eighteenth and nineteenth centuries, a period which saw an explosion in construction of roads, along with the accompanying surveying, management, and surveillance of that construction. Guldi’s work often deals with infrastructure, and when she turns her attention away from the history of the British Empire to the digital humanities, infrastructure is at the forefront of her mind there, too. Guldi spoke at the University of Pittsburgh’s Mellon Sawyer Seminar, Information Ecosystems, on Jan. 9 and 10. She also sat down with me for an interview that is part of the podcast series, Information Ecosystems, and will be published soon. As professor of history at Southern Methodist University, Guldi teaches history classes with a few glimpses of the digital humanities, and runs the Guldi Lab, where she employs distant reading techniques to better understand historic texts. While interviewing Guldi and hearing her speak, I was struck by the way the concept of infrastructure — be it the analog infrastructure of roads and canals or the digital infrastructure underlying the Internet — recurs in her work and her thinking. She told me during the podcast interview that she considers it important that her scholarship be available online in open-access form. Many of her articles are open-access, as is her second book, The History Manifesto, co-authored with David Armitage. Like the miles and miles of roads that connected Britain in the nineteenth century, the Internet has the power to connect people and END_OF_DOCUMENT_TOKEN_TO_BE_REPLACED