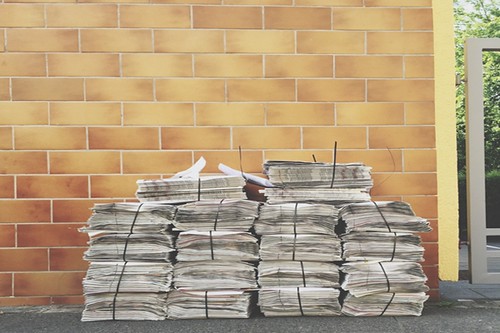 On March 6, Lyneise Williams, Professor of Art History at the University of North Carolina at Chapel Hill, spoke with the Seminar about her work at the crossroads of computational archive science, art history, and material studies. Dr. Williams’ work involves analyzing visual representations of race; her book, Latin Blackness in Parisian Visual Culture, 1852-1932,  was published by Bloomsbury in 2019. In her talk with us, Dr. Williams pointed out that analyzing such visuals requires attention to reproduction, mediation, and digital surrogacy. In other words, when a reader of Williams’ book encounters an image of the 20th century Panamanian boxer Alfonso Teofilo Brown, they are not seeing the image itself—and certainly not the human depicted in the image—but, instead, a highly mediated reproduction. Certain details might be lost in translation, and the more often an image is reproduced, the more it is likely to deteriorate; thus, what we analyze is not only the image itself, but also its journey through space and time to get to our eyes. If you’ve ever watched a hilariously blurry Youtube video of something from the 1980’s you’re familiar with what’s called “generation loss” –the more copies exist from a single original, the less likely it is that you’re getting a truly representative visual. Dr. Williams’ described her ongoing difficulties with this issue, particularly as it applies to race. Most recently: when she studies microfilm scans of early-20th century newspapers, it is rare that adequate care is taken to preserve photographs within newspapers of Black subjects. While the words of the END_OF_DOCUMENT_TOKEN_TO_BE_REPLACED

In the midst of COVID-19 induced social isolation, with many institutions like museums closing their doors, digital surrogates are forced to temporarily take the place of embodied experience. While most of our distancing is temporary — for some objects, their surrogates are all we have. The weight that replicas have to bear is dependent on their function. If the original object is destroyed, through intentional or accidental means, the record of that original no longer serves as a finding aid — something that points the way to an attainable original. If our reproductions will serve in place of original objects, predicting what will be meaningful about the original is necessary, demanding, and maybe impossible. Such mindful practices are also undeniably worth it. Dr. Lyneise Williams has articulated the stakes of this issue well in, “What Computational Archival Science Can Learn from Art History and Material Culture Studies.” Why not just keep the original? Why put so much pressure on replicas? There are cases that require replicas to rise up to the task of “replacement.” Space is often an issue. Thousands of newspapers have been microfilmed, which is a much smaller and more stable form. The stability is also a key reason why originals are often not saved. Newspaper is produced cheaply, and the paper itself degrades over time. These concerns are not trivial, particularly since the housing of archival documents requires a stable environment (reminder: you shouldn’t store things you want to save in non-climate-controlled areas like basements or sheds). Sometimes it is impractical or even END_OF_DOCUMENT_TOKEN_TO_BE_REPLACED